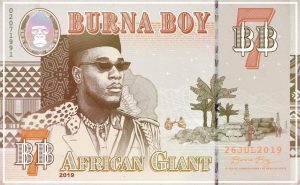 He made it known on his Twitter handle on the 9th of July, 2019. However, the new album will be released on the 26th of July. It was initially scheduled to drop in August, but it has been brought forward to 26th July.

We believe tracks like ‘On The Low,’ ‘Dangote,’ and ‘Anybody’ are likely to feature on the album.