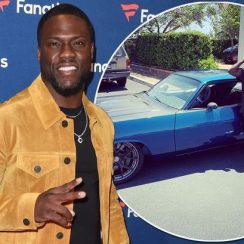 Kevin Hart Set To Leave Hospital After His Severe Motor Accident: According to the TMZ, the American superstar actor and comedian, Kevin Hart, is set to leave the hospital anytime soon and will be transported to an inpatient physical therapy facility where he’s expected to remain for a week or more.

A source told TMZ last week that Hart was back on his feet and doing short walks in the hospital.

“He’s super eager to get out,” the source said, adding the star is in pretty good spirits.

Kevin Hart was taken to hospital after a vintage car he was a passenger in rolled down an embankment in the California hills.